More than 12 years after Hurricane Katrina, scientists are learning what makes some survivors more resilient than others

‘Katrina brain’: The invisible long-term toll of megastorms
Long after a big hurricane blows through, its effects hammer the mental-health system.

Rhodes recently spoke with Health about her research on Hurricane Katrina survivors, and about the field of post-traumatic grief in general. Here’s how she thinks it can inform our response to natural disasters and the support we provide to victims, as well as what survivors can do to increase their likelihood of recovery and resilience.

Mental health professionals seek to restore something else survivors lost: Peace of mind 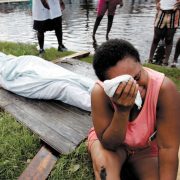 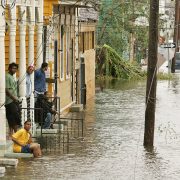 Hurricane Katrina made landfall in the city of New Orleans on the morning of August 29, 2005, swept in by winds traveling at 127 mph. But the true damage came after the levees broke, when about 80 percent of the city flooded. At least 400,000 residents, nearly the entire city, were displaced—some for a few days, some forever. END_OF_DOCUMENT_TOKEN_TO_BE_REPLACED 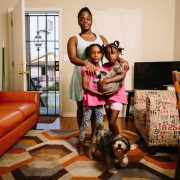 When hurricane Katrina hit New Orleans in 2005 most residents evacuated safely. But thousands lost homes, careers, and the lives they had known. Since then, many seem to have recovered emotionally from the trauma. But some have not. END_OF_DOCUMENT_TOKEN_TO_BE_REPLACED

September 11, 2001 changed a lot about America, including many changes that, by now, you barely notice. So did the Hurricanes and tropical storms –Katrina, Irene, and Sandy — all of which reshaped how and where we live. continue reading →